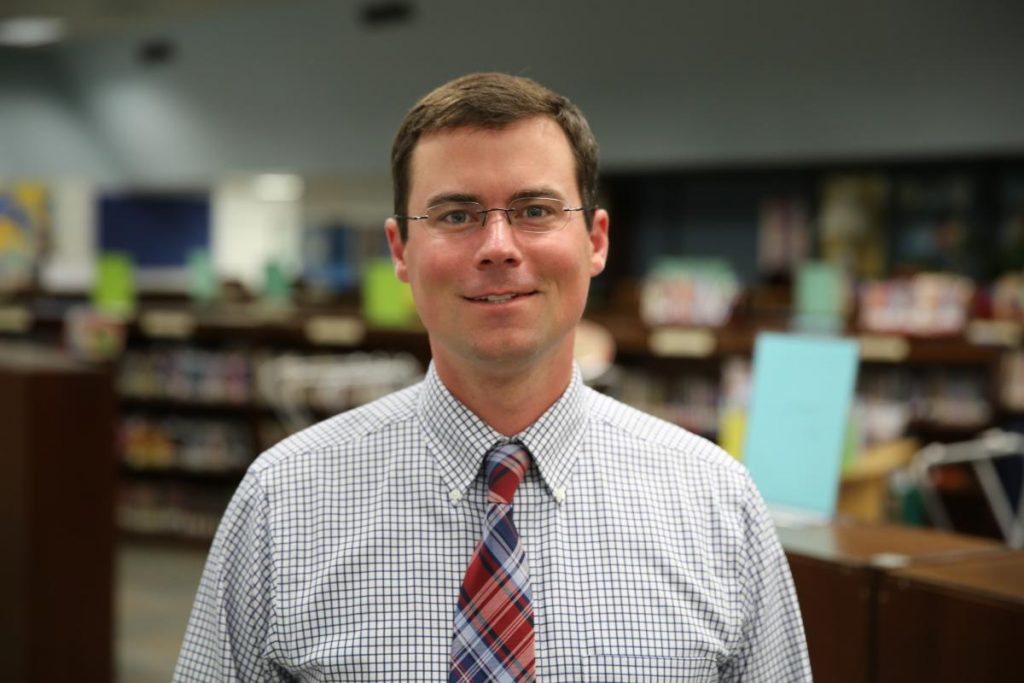 South Bend Chamber’s Michiana “Forty under 40” shines the spotlight on 40 of the region’s most talented and dedicated young professionals who are leaders and engaged in the community in a variety of ways.

We are proud that our own Principal Ryan Towner was named to the 2022 Class, along with fellow P-H-M educator, Elsie Rogers’ 4th grade teacher Mrs. Amanda Fox! The Chamber announced the winners on April 28.

This is the latest honor for Principal Towner; back in March, he was surprised in a school wide assembly and named a Milken Educator.

Principal Towner and other honorees will be treated to a photo shoot with their families, friends, colleagues or nominators. He and Mrs. Fox will also be featured in a Recognition Video being produced by the Chamber, debuting in late June. The South Bend Tribune will feature all Michiana Forty under 40 winners in a special edition that will June 26. A reception is slated for late summer.